Miami Heat PG Problem: Why Should LeBron James Have to Guard Nate Robinson? 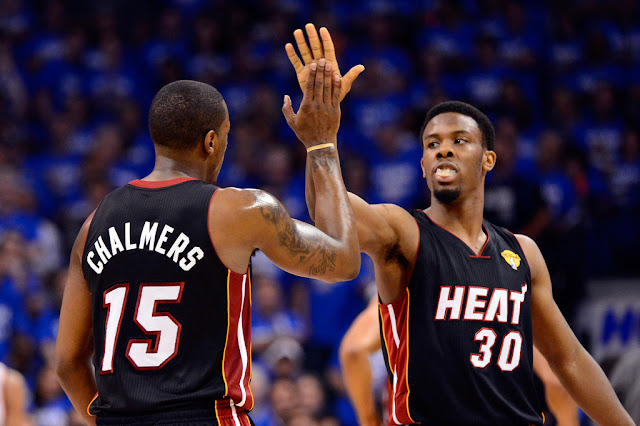 I am still licking my wounds over the Miami Heat's Game 1 loss on Monday. It wasn't the greatest way to start my week. But, if anything, that loss should be huge motivation for the boys. However, that's not the reason for my rant today.

I have been listening to sports radio constantly since the Game 1 loss and a big topic that keeps popping up is LeBron James guarding the Chicago Bulls' point guard Nate Robinson during Game 2 tonight (May 8). Lebron was quoted on ESPN saying "It wouldn't be a surprise if I matched up with him, but I'll take the challenge on [defense]."
I in no way agree with this decision. What is the point of the Miami Heat having a point guard if they can't use him effectively? Which brings me to Mario Chalmers, our point guard, that I am not the biggest fan of. My biggest problem with Mario or 'Rio,' is that he is not consistent; not to mention he cannot guard his match up, ever.

Sure, during the playoffs he has come through for his team and will have his occasional beastly game of 25+ points. But otherwise, 8 PPG and 3 APG is just not that great, especially the assist part (which is the PG's most important job!)

Now, with that said, we have quite the young, fresh, and consistent PG on the bench in Norris Cole, who I am almost positive will start in Mario's place sooner than you think. Norris averages 6 PPG and 3 APG, which in reality, being in the league less than half the time Mario has been, is pretty good. The way Cole moves on the court is incredible. Sure, he's a little sloppy at times and makes a few silly mistakes here and there, but he has leeway being such a newbie. I have seen Cole put in so much effort; in the post, under the rim, going for steals, low foul calls, etc. Don't get me wrong, I love my team and everyone who contributes to it, but I have a real problem when we can't even count on our own PG to defend another team's PG, especially one they match up to!

LeBron will take any challenge that is given to him, and do it well. I would have liked to see Dwyane Wade guard Robinson tonight. Maybe his knee is a factor? I just I don't see why LeBron needs to step in when we have someone else who SHOULD be able to handle it.

Funny fact: Whenever I say anything negative about Chalmers, he usually turns around, proves me wrong, and shuts me up. I am hoping tonight he can step up and help take some of the load off of the Heat MVP's shoulders.

With that being said, Go Heat!!! (I'll be in my living room having a heart attack for the duration of the game). Feel to tweet with me while I do so: @_Cat5.